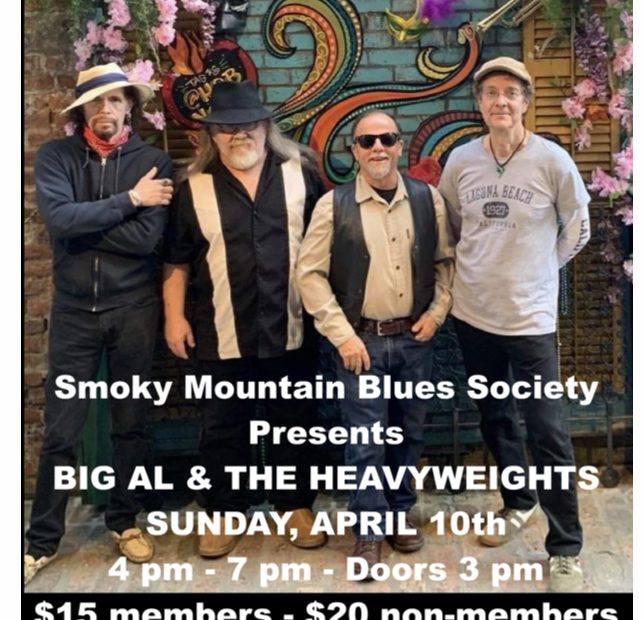 BIG AL AND THE HEAVYWEIGHTS

SMOKY MOUNTAIN BLUES SOCIETY is proud to start our 2022 Schedule with Big Al and the Heavyweights @ The Concourse on Sunday, April 10th at 4 PM – 7 PM.  Doors open at 3PM.
Tickets will be $15 for members and $20 for non-members.  Click here to buy tickets

From Cajun to Zydeco to Blues to Rock and everything in between, Big Al and the Heavyweights offer a musical gumbo sure to please all. Formed in 1996 as the Unknown Blues Band, with founding members Big Al Lauro, Warren Haynes (Allman Bros, Gov’t Mule), Rick Gergen (Sweethearts of the Rodeo), the band has been featured at festivals and venues throughout the US.

Big Al and the Heavyweights live performances are family oriented, energetic and most of all fun.  This is a show you don’t want to miss!

Come on East Tennessee let’s welcome this band and the start of our 2022 Smoky Mountain Blues Schedule with a sell out crowd!