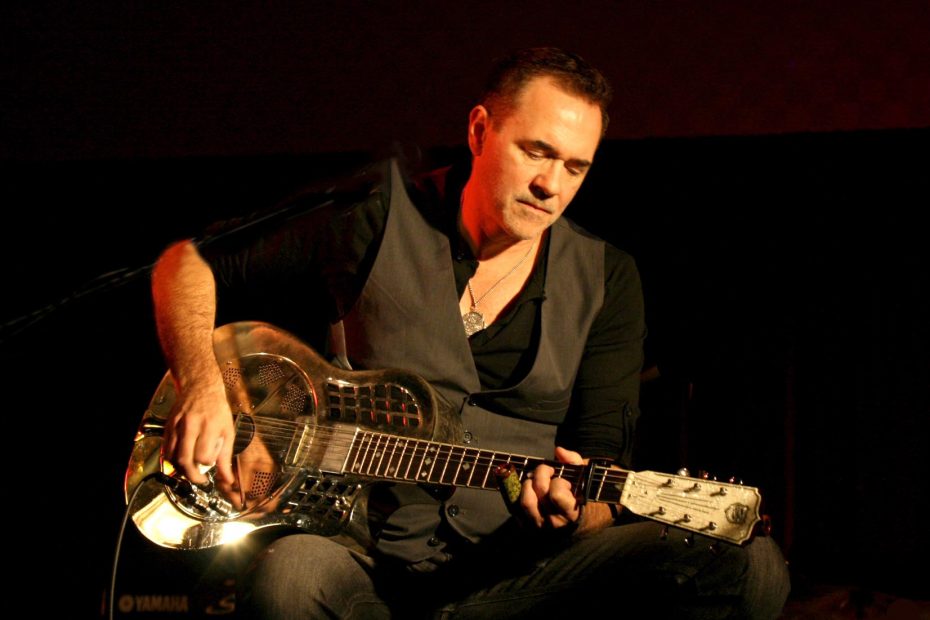 On Sunday, August 29, the Smoky Mountain Blues Society and Ijams Nature Center are  partnering to bring Local blues enthusiasts a very special event. After months of  inactivity due to the pandemic, SMBS is pleased to present nationally renowned singer,  songwriter, guitarist, piano player, and bandleader Peter Karp on the lawn at Ijams in  Knoxville Tennessee.

Karp calls his blend of roots and blues “Soul-influenced Americana-Blues-Rock.” The music is crackling with smart and witty lyrics, and his ability to give the audience an electrifying live experience has earned him kudos from critics both here and abroad.  Allmusic described him as “his own man, an artist who blends roots music styles into  something that transcends blues, country, R&B and swamp, John Prine’s wordplay, Joe  Ely’s rocking instincts, Billy Joe Shaver’s fatalistic outlook.”

Karp first saw national attention when guitarist Mick Taylor of the Rolling Stones recorded and toured with Karp on his third indie release. Signed to Blind Pig Records,  Karp went on to release several more albums, including two with Sue Foley that would eventually work their way to the top tier of the contemporary blues charts.

It’s little wonder Karp’s been named one of the Top 75 Blues and Blues Rock musicians that you must be heard in 2021.

Tickets cost $16 for SMBS members and $20 for the general public. Doors open at 3 pm and the music will begin at 4 pm. Register on Ijams Website for tickets in advance.

Guests are encouraged to bring their own lawn chairs and blankets. Food trucks and beer garden will be available for this performance.